Merrily is president of the Colorado Community Rights Network and active in the local chapter, East Boulder County United.  She was one of a core group who wrote and helped pass, by citizen initiative, the Lafayette Community Bill of Rights, the first community rights charter amendment in Colorado.  She was also instrumental in proposing and petitioning for two state constitutional amendments, both of which would have codified the right to local community self-government.  She currently serves on the Lafayette city council

Dianne has worked to educate people about environmental issues for decades.  She joined the state community rights group at the end of 2013 after attending a workshop by Thomas Linzey in Fort Collins.  She serves on the COCRN Board and runs the Metro Denver Community Rights monthly meetings.  She is a Boulder County Protector and supports legal rights for Nature.  She also works with Denver Homeless Out Loud to re-establish the rights of homeless people. 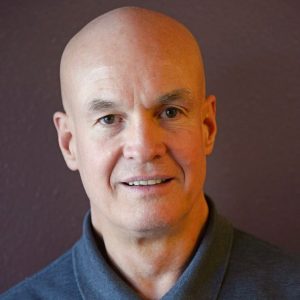 Dr. Groover is past secretary of East Boulder County United’s Board of Directors. He serves as EBCU’s representative at Colorado Community Rights Network where he is a volunteer director. He is also COCRN’s representative at National Community Rights Network, for which he is vice president. While Boulder County was threatened by expiration of its fracking moratorium, Dr. Groover planned and helped launch the 2014 Boulder County initiative to adopt a Community Rights-Based home rule charter for banning fracking. The political pressure exerted by this action contributed to further extension of the fracking moratorium, interrupting industry/government plans for citing 1,800 new fracking wells in Boulder County neighborhoods. Dr. Groover was also an organizer with Coloradans for Community Rights. This campaign committee planned and organized, the first-of-their-kind, 2014 and 2016 Colorado Community Rights Amendment initiatives. Throughout its history, Colorado’s courts have applied socially, economically and environmentally exploitative legal doctrines adopted from English, feudal, colonial law to preempt local communities’ right to local self-government. The most recent preemption was the nullification of Front Range communities’ democratically enacted local fracking bans. Dr. Groover is committed to correcting this systemic injustice through building the grassroots movement to amend the state constitution — to clarify the constitutional, unalienable right for local communities to self-govern through enacting and enforcing local laws protecting them from corporate-state harm. Dr. Groover is Director of Boulder Chiropractic Clinic and lives with his wife in Superior, Colorado. 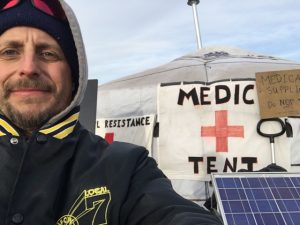 Cliff Willmeng is a resident of Lafayette, Colorado and a cofounder of the Colorado Community Rights Network. Along with other residents, Willmeng began the fight against oil and gas drilling in Lafayette and Boulder County which would see Colorado’s first Community Bill of Rights enacted by voters in 2013. Willmeng continues that effort today through East Boulder County United and the Boulder County Protectors. Willmeng is a labor activist and a rank and file Vice President of United Food and Commercial Workers Local 7 in Denver. He is a father of two and a registered nurse. 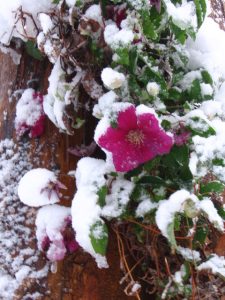 JD Ruybal, a resident of Windsor, works with diverse groups in Northern Colorado to advance the right of local community self-government and educate people about the harms of fracking.