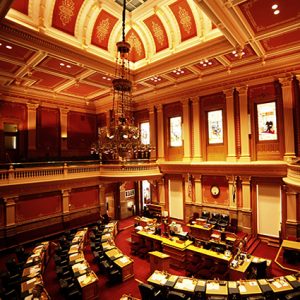 In Colorado as in other states, it has been observed that very often “Corporations write laws, legislators enact them, and the courts enforce them.”

The trend has escalated, said Mark Pertschuk, director of the watchdog group Preemption Watch: “2015 saw more efforts to undermine local control on more issues than any year in history,” He noted “….just a few weeks into 2016 state legislative sessions [it became} clear that ending local authority will continue to be the go-to strategy for state legislators and their special interest allies, as a means of blocking earned sick days, minimum wage hikes, tobacco and fracking bans, pro-worker policies, or anti-discrimination laws.”

The proposed Colorado Community Rights Amendment is a response to decades-long efforts to suppress local government. The initiative would secure the right of cities and counties to protect the health, safety and welfare of their residents without corporate preemption, so long as “local laws do not restrict fundamental rights or weaken existing legal protections for natural persons, their communities, or nature.”

The Colorado Community Rights Amendment reinforces the people’s basic right to self-government as stated in the Colorado Constitution, Article II Bill of Rights:

“All political power is vested in and derived from the people; all government, of right, originates from the people, is founded upon their will only, and is instituted solely for the good of the whole.“

A Greeley ban on oil and gas extraction enacted as a local ordinance in 1985, both by ballot initiative in a home rule city, and by city council action, was overturned by two 1992 Colorado Supreme Court cases, Voss v. Lundvall Bros. Inc and Bowen/Edwards Assoc. Inc. v. Board of County Commissioners of La Plata County, holding that the Colorado Oil and Gas Conservation Act (O&GCA) preempts any outright ban as well as any local regulation that creates an “operational conflict” with O&GCA.… Read the rest

Following is a list of some legislative and judicial preemptions of local government in Colorado: